You are here:
Mark Spencer is the Vice President of Neoweather, LLC. He joined Neoweather in August of 2010 and has lived in Northeast Ohio for most of his life. Mark has played a vital role in helping Neoweather to advance and grow it's client base and reach. He has attended trade shows and created much of the content seen on our website, videos and our products. Outside of Neoweather, Mark works for the FAA and holds an Associate’s Degree in Air Traffic Control. He enjoys being outdoors and spends as much time as he can with his son and his wife Loretta. 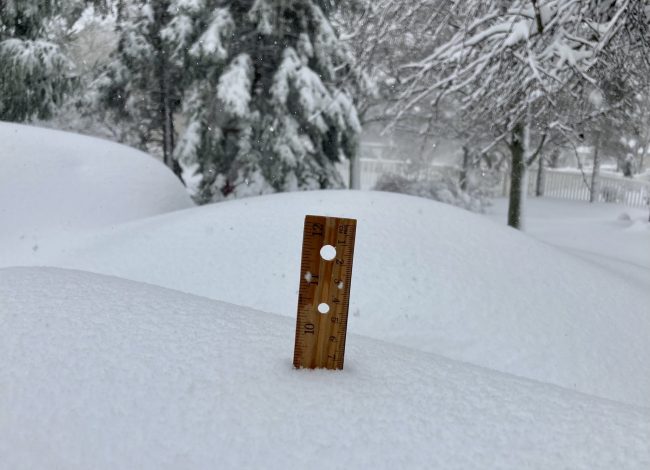 How Did We Do? Our Forecast versus Reported Snowfall

Get Better Forecasts More information on our superior and customized service for snow contractor companies and governments from airports to departments of public works and more. Please request a FREE QUOTE if you are interested. 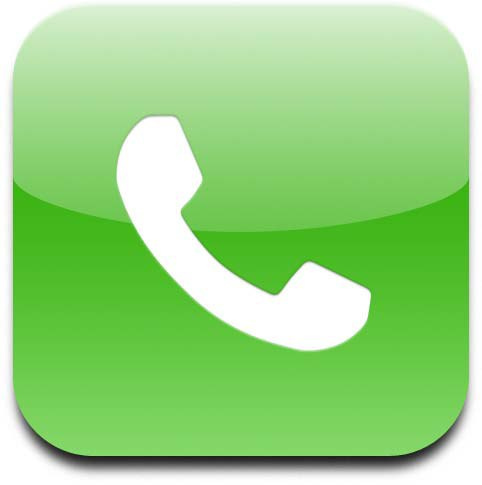 Over the years, we have had a handful of requests for a call alerting service where a call is sent out to you prior to the snow falling.  We decided to look into this request near the end of the previous winter season to see what we could do.  Calls will go out 1-2 hours… 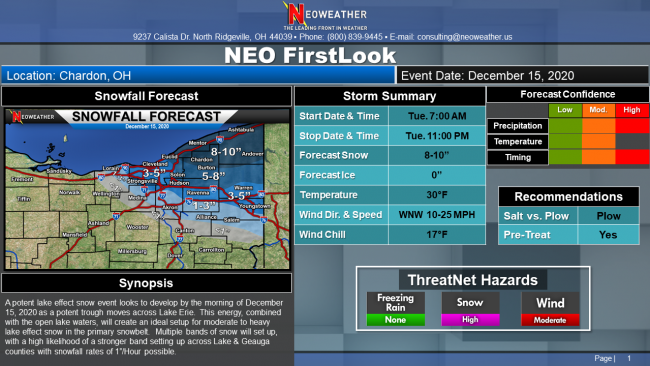 Two years ago, we introduced our more graphical forecast products.  This past winter season, we started asking ourselves if we could better display this data in an easier to read and use format.  Since trade shows and other events were off the table due to COVID-19, we decided to take a look at what we… 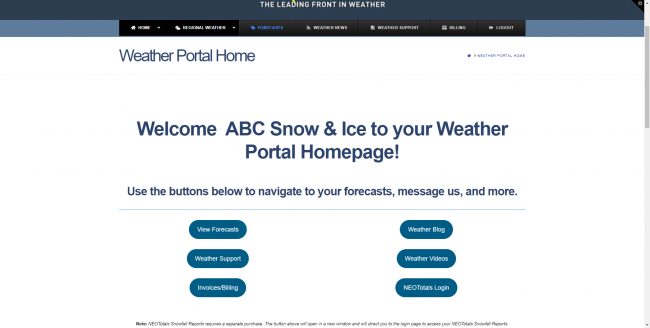 Most of us will have a difficult time forgetting the year 2020, no matter how much we might want to forget it, but that does not mean all of it was bad.  For us at Neoweather, 2020 had its ups and downs like most years but the biggest upset was the cancellation of trade shows. …