How Did We Do? Our Forecast versus Reported Snowfall

You are here:
NeoweatherSnow & Ice 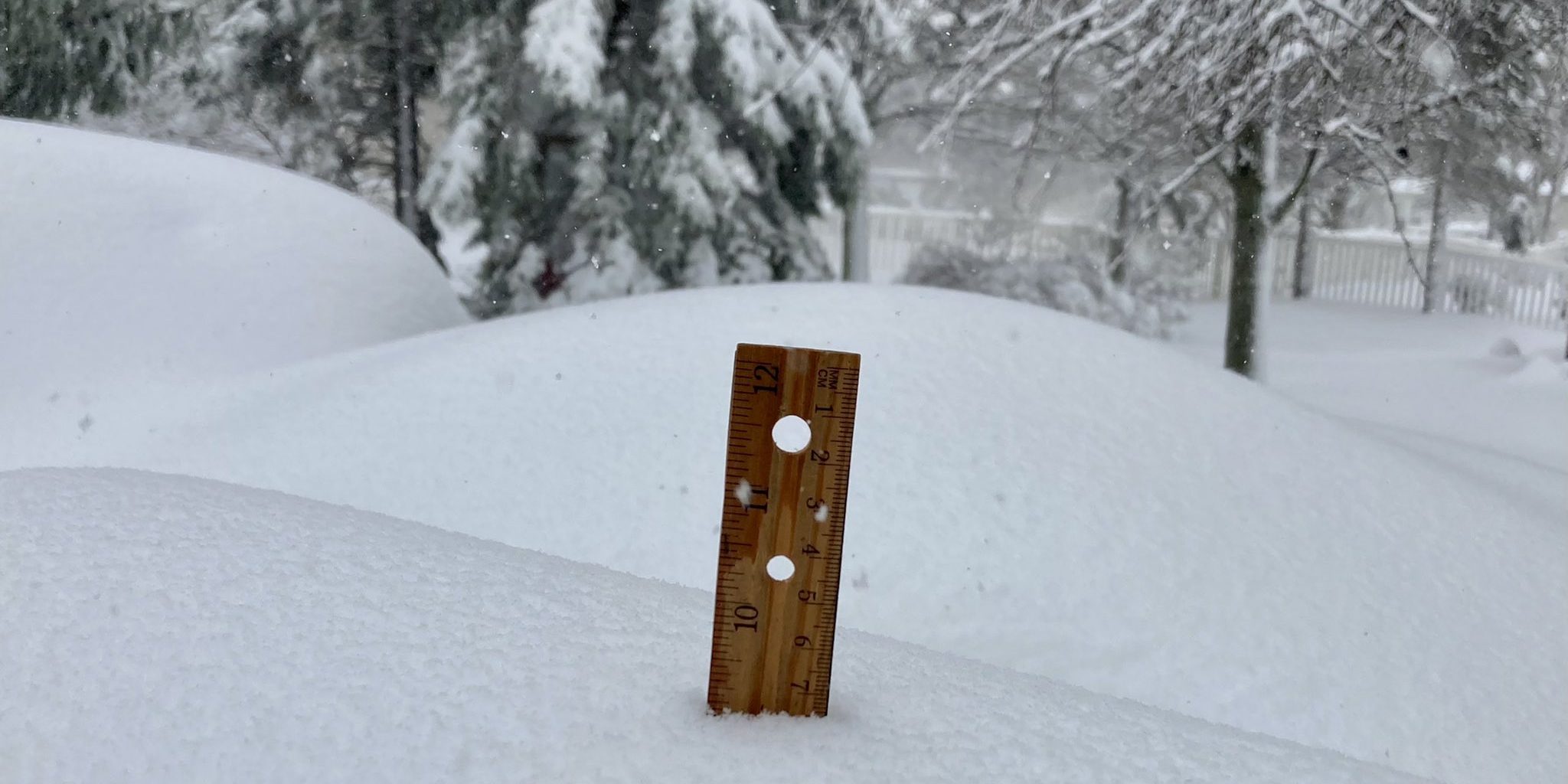 What a storm! That’s a BIG way to kick off the winter season! We’re sure some of you will be cleaning up for a few days. Some places saw close to and OVER TWO FEET of snow!

We took the last snowfall forecast map we sent Monday and overlaid reports that were in as of this morning. Some reports may still come in and it should also be noted that as of this time, these are unofficial reports.

Overall, we did pretty good highlighting where the biggest snow fell. Models ended up doing really well the the higher totals, especially across the primary snowbelt. Models were consistent a few days out with amounts near 15-20″ or more at times. This is usually not very common.

It seemed like the track of the storm and the overall orientation of the snow shield ended up being tilted more northeast to southwest than we anticipated, which resulted in lesser snowfall amounts for areas around Akron, Canton, and Youngstown. Sadly, we only had a couple reports out of the Youngstown area and those reports were sent in while it was still snowing. This orientation combined with some mid-level dry air that wrapped into the system also helped cut off amounts sharply.

More information on our superior and customized service for snow contractor companies and governments from airports to departments of public works and more. Please request a FREE QUOTE if you are interested.

Mark Spencer is the Vice President of Neoweather, LLC. He joined Neoweather in August of 2010 and has lived in Northeast Ohio for most of his life. Mark has played a vital role in helping Neoweather to advance and grow it's client base and reach. He has attended trade shows and created much of the content seen on our website, videos and our products. Outside of Neoweather, Mark works for the FAA and holds an Associate’s Degree in Air Traffic Control. He enjoys being outdoors and spends as much time as he can with his son and his wife Loretta.

Canada, Welcome To The Leading Front In Weather!
August 31, 2020