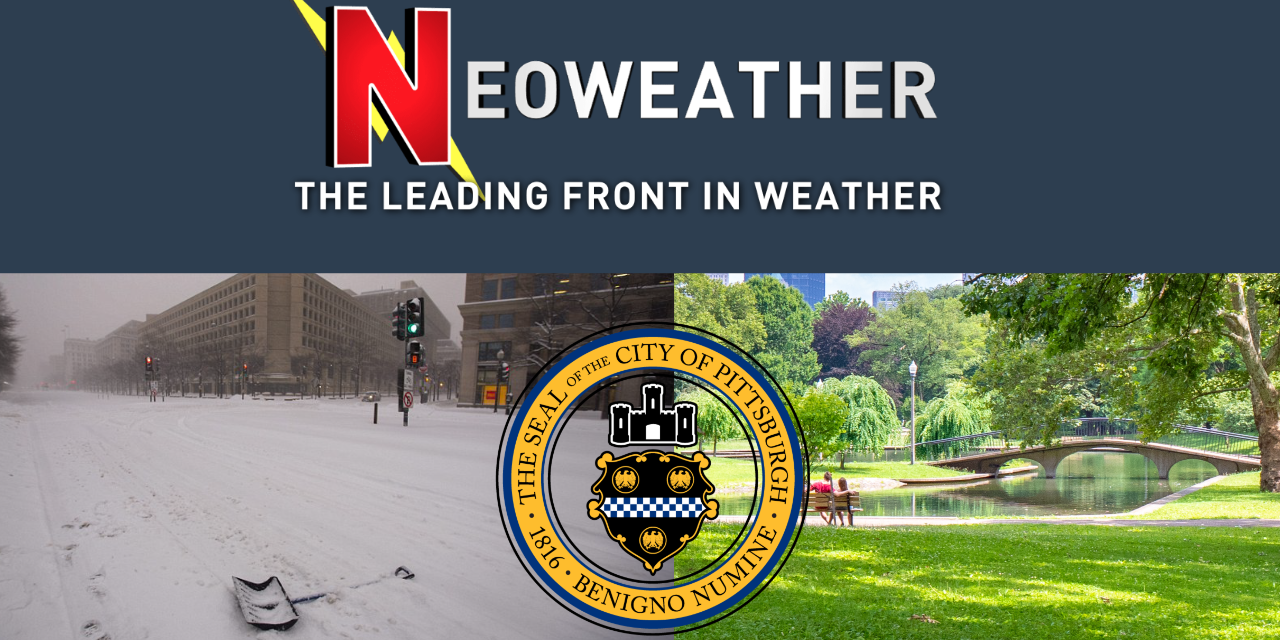 North Ridgeville, Ohio- The City of Pittsburgh is receiving year-round weather support. It’s to increase efficiency and save time and money. The Cleveland based weather forecasting and consulting company, Neoweather, LLC partnered with several Department of Public Works in November.

Neoweather provided Pittsburgh with detailed weather forecasts all winter and will continue keeping the Steel City ahead of flooding, hail, wind threats for the warm season.

Mike Gable, Director, City of Pittsburgh / Department of Public Works says “We lost the services of a long-time weather forecasting vendor for this 2019-2020 Winter Weather Season, but NEOWeather LLC stepped in and we have not missed a beat. NEOWeather LLC filled a void with their very detailed forecasts and data. So much so, that we are very confident determining the resources we need to commit to the winter event be it snow or ice, or both. And there is no lack of updated information keeping us as current as possible on weather conditions.”

The forecast information goes well above and beyond free sources like weather apps and TV weather reports. Neoweather sends impact-specific documents, such as Warning Details, First Looks and Forecast Breakdowns. These forecasts not only go over temperatures, winds and snowfall during events, but also how roads and bridges will likely be affected.

Phone apps and TV forecasts might say 1-3” of snow is likely. Neoweather can pinpoint only a quarter inch might actually add up on secondary roads because of mild pavement temperatures between a certain time range. They help answer if the City will need to plow or just salt. It saves money if just a little salt is needed because temperatures quickly warm up after the snow. These are just a few examples of a private weather service’s advantage.

Consulting support: Pittsburgh and dozens of other clients are able to ask Neoweather questions. Emails, phone calls and text messages get responded to quickly. This allows clients to receive peace of mind while making thousand-dollar decisions on staffing, application of deicer, and more!

Pittsburgh: Since its founding in 1758, Pittsburgh played an important role in our country’s history. In the early 1800s, the city became known as the “Gateway to the West.” This nickname referenced the huge advantage Pittsburgh had by having the intersection of three major waterways. Throughout the years, Pittsburgh has made multiple changes and overcome many obstacles. The city has moved from the steel industry to become a leader in healthcare, education, technology, and financial services.

Neoweather:  The Leading Front In Weather was founded in 2009 and become an official LLC in 2014 in the private meteorology and forecasting sector. Neoweather serves clients in the professional sports, snow and ice management, landscaping, government, construction sector and more. We use the most advanced resources and meteorology techniques. We customize our forecasts to provide our clients with one of the most accurate forecasts available.

How Did We Do? Our Forecast versus Reported Snowfall
December 2, 2020

Canada, Welcome To The Leading Front In Weather!
August 31, 2020