You are here:
Long Range WeatherNeoweatherWinter 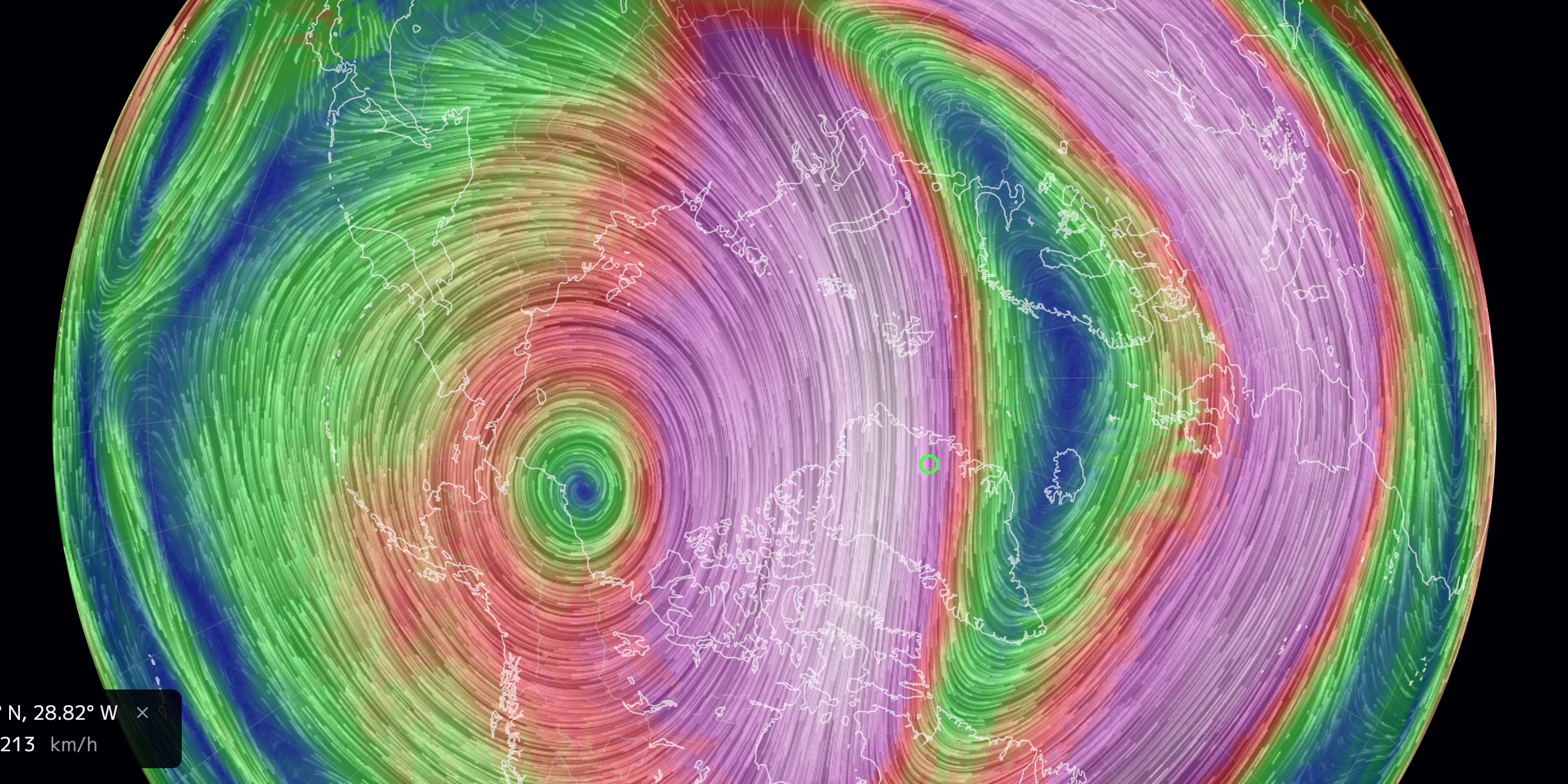 Over the last several years the term “Polar Vortex” (PV) has went from an insider meteorology and atmospheric science phenomena to something viral. Many people have heard of it. Out of those people many think it means an invasion of cold air. There is certainly a link to cold air blasts, so what is the infamous Polar Vortex?

It is a belt of strong wind energy at a very high altitude  in the Stratosphere. This is around 10-30 miles aloft above where most airplanes fly. It is normally located around the North Pole. When it is strong and fixed it is fairly circular. Now it has been stretched, which allows pieces of it to break off.

The stretched area of wind aloft translates to disruptions closer to the surface and even at the surface. Instead of the really cold Polar air being bottled up it slides into Europe, Asia and North America. It normally arrives across Canada and the US last. This was caused by a sudden stratospheric warming event (SSW). The SSW is when Arctic air temperatures several miles aloft jump up 50-100 degrees fahrenheit. This big warm air (relatively speaking) interrupts the normal flow of the PV.

Below is an image of the colder pattern coming into realization, but it isn’t until close to the 20th of the month. This means more mild  above average warmth will be positioned next week, but cooler still across the South. The widespread cold arrives in week two

It is common after PV disruptions for cold air to get dislodged out of the Polar region and be pushed into Asia and Europe before North America. This is what is taking place now. There’s ofen warm periods in Canada and the United States when the SSW events are occurring and shortly after the PV is disrupted. It takes awhile to get the cold through America. You can see below that the last week has featured WELL ABOVE average temperatures across much of North America. These temperatures are 5-15 degrees above average in the darker reds, browns, pinks.

When waves of atmospheric energy come together  it’s an opportunity to see how one trough effects a ridge and other circulations of air. The relationship between pressure, temperature, moisture in the three-dimensional ocean of air that is our atmosphere is a very complex system.

When Does The Polar Vortex Make The US Cold?

The answer to the headline is probably the last 12 days or so of January. This is nothing that is set in stone. Sometimes the United States are never impacted when the Polar Vortex splits into different lobes and shoves cold air south. The well-below average temperatures could just go into Asia or Europe and stay there. Think of it has a PV disruption as opening a freezer door. Is it a sure thing the cold air goes into the bathroom or bedroom from the kitchen? Not exactly. You might need to create a breeze to get the cold into a part of your house.

In the atmosphere it depends on where the trough and ridge setup is to where the cold air goes. We are in a fairly favorable phase for the cold to come into the central and eastern US based on where some of the blocking patterns in place.

Computer forecast models are picking up on the trend of big cold blast as we close out mid-month and enter the late part of January. These are widespread very cold temperatures over the week between the 17-24 of the month in the green and blue and purple colors. This timing makes sense based off of how long it takes for the cold to flow into the region.

If you are looking for an even more detailed and scientific look into the different phenomenon discussed in this article then check out this CBS News article.

How Did We Do? Our Forecast versus Reported Snowfall
December 2, 2020